The AOA Dx founding team has worked together for over a decade at two successful women’s health diagnostic startups, both resulting in strategic exits. With more than 30 years of experience bringing products from concept to commercialization across global markets, they’ve assembled a unique team of experts in the field who are dedicated to changing the world of oncology. Oriana is a visionary leader in the field of women’s health and diagnostics. Recently honored in Inc’s 2022 Top 100 Female Founders for her work in ovarian cancer diagnosis, Oriana brings a wealth of knowledge and expertise bringing disruptive diagnostics to market and changing the landscape of clinical practice. Oriana is passionate about entrepreneurship and problem solving and hopes to use these skills to revolutionize early cancer detection, particularly in cancers that disproportionately affect women.

Oriana has global experience creating and leading organizations resulting in successful strategic exits. Prior to AOA, she led teams at early-stage startups and large life sciences companies. Oriana has a track record of developing a highly productive culture and turning visions into reality. She has a proven technical record of creating market entry strategies and product launches in new markets, including launching nationwide HPV screening in East Africa and novel diagnostics in maternal fetal medicine, oncology and infectious diseases.

As CEO of AOA, her dedication and work have earned her numerous awards and recognition, including the Massachusetts Life Sciences Center MassNextGen Award, The Eddies People’s Choice Award and The Wave Summit’s Emerging Women Founder in Bio Award.

Oriana holds a degree from Boston University in Economics and International Relations, and she has experience both living and working in various geographies. 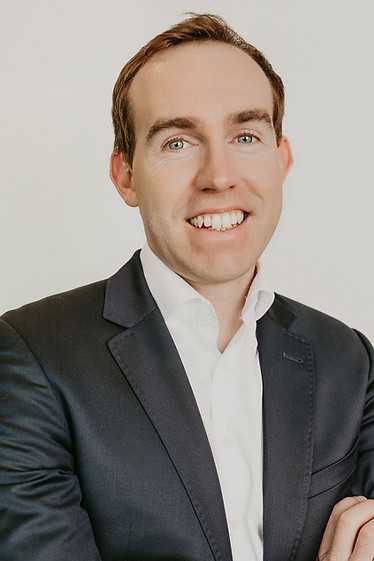 In most recent roles, Alex has been committed to commercializing and launching innovative, disruptive products through his own businesses across European healthcare markets with a primary focus on obstetrics and gynecology.​​

Alex works closely with Oriana, ensuring strategies relating to finance, accounting, legal and fundraising are executed in a timely manner. On a daily basis, Alex ensures AOA’s operations are running smoothly and efficiently.

Alex has a degree and MSc from the University of Southampton and University College London. 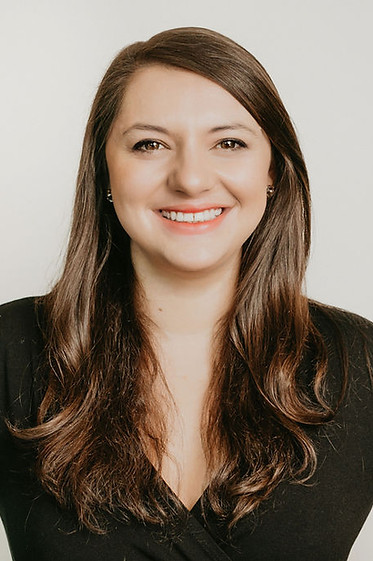 Anna is an innovator and a dynamic business leader with a passion for advancing healthcare through world-class diagnostics.​ As the Chief Development Officer of AOA, she is pioneering the development of the groundbreaking GlycoLocateTM platform for early cancer detection by utilizing tumor marker gangliosides and AI to solve some of the most difficult challenges in diagnostics today.

Anna was named to Inc. Magazine’s 2022 Female Founders 100 List. She brings a wealth of experience to AOA having overseen the inclusion of multiple products into national and pan-European guidelines, and she has experience with US FDA submissions for 510(k), PMA, and CLIA LTD regulatory routes.​ 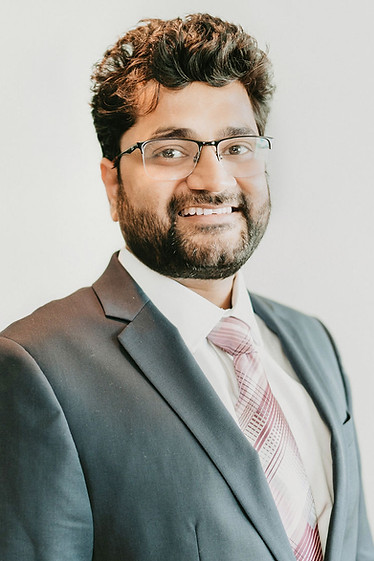 Prasad is a visionary leader and a technical expert. He is a proven executive with a successful track record of translating several bench top technologies into validated biomarker panels for regulatory submissions – LDT, 510k, PMA – in oncology, neurology, hematology, and clinical chemistry domain. More recently, as an R&D Director and PI, Prasad led the successful FDA PMA submission for a novel prostate cancer diagnostic test, which also received Breakthrough Device Designation in 2019.

As a Vice President for R&D, Prasad is responsible for AOA’s product lifecycle from research to commercialization, currently leading the development, validation, and eventual FDA submission for the ovarian cancer diagnostic test. Prasad works on developing proprietary technology for monoclonal antibodies and immunoassays development for various diagnostic and therapeutic targets, system integration and IP analysis. 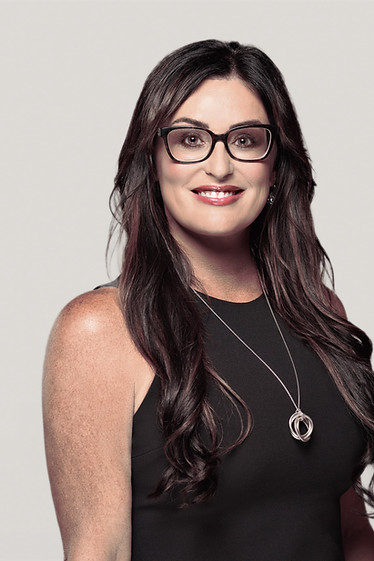 Elizabeth is a clinical research professional specializing in the management of clinical operations, quality, and regulatory oversight of global clinical trials in multiple therapeutic areas in biopharmaceutical, medical device and diagnostics.​

Elizabeth has extensive experience in all phases of clinical trials that allowed market access for strategic business initiatives. She is Project Management certified through PMI and has been involved in the clinical trial process from development to regulatory approval applying a strong focus on risk and quality oversight.

Elizabeth holds an undergraduate degree in Organizational Leadership and a MSc. in Health Outcomes Research from St. Louis University. 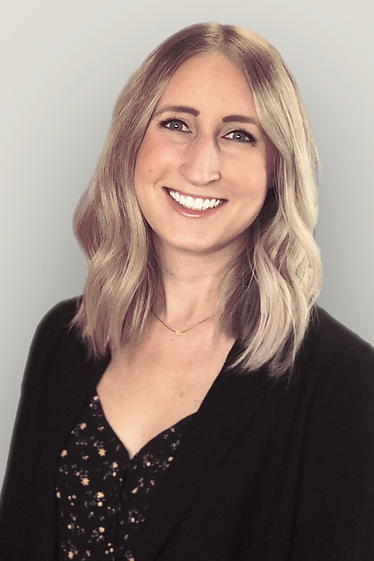 Andrea is a passionate leader who excels at scaling up systems and solutions to create positive outcomes for community stakeholders.

Having graduated from the Boston University Questrom School of Management with a degree in Marketing, she was a 2009 Teach for America Corps member, serving in Chelsea MA.

After spending 13 years working in charter and turnaround schools as a school leader she has pivoted to ensuring behind the scenes operations at AOA Dx run smoothly in order to accomplish our mission critical goals.

While she has worked for AOA part time since 2020, she is excited to support the team full time in finance, HR, marketing, and project management. 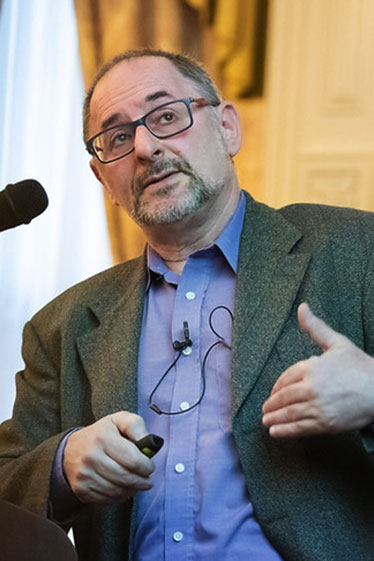 Dr. Saragovi is a passionate and world-leading scientist in the area of Translational Medicine.

Dr. Saragovi has published over 200 publications and 21 patents, primarily focusing translational medicine. More recently Dr. Saragovi has focused on the targeting of gangliosides, which are used clinically for cancer diagnosis, prognosis, and therapy.

Dr. Saragovi based at McGill University and Lady Davis Institute at the Jewish General Hospital, Montreal. 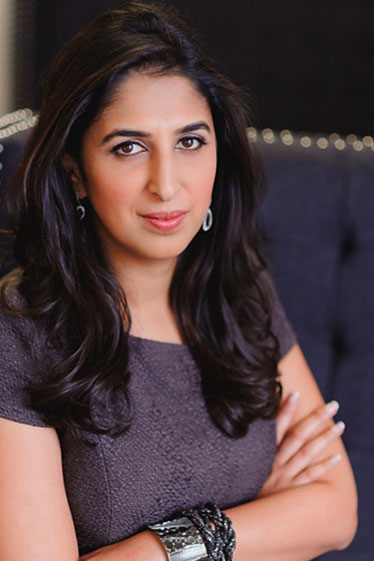 Surbhi Sarna is the founder and former CEO of nVision medical, a medical device company that, to date, is the only device cleared by the FDA to collect cells from the fallopian tube for the detection of ovarian cancer. Having led the company from inception, nVision Medical was acquired by Boston Scientific in 2018 for $275m.

Most recently Surbhi became Y Combinator’s first-ever partner for healthcare and biotech, and she currently sits on the board of Penumbra, Progenity, Astia, Draper University and the Harker School. Surbhi has extensive experience with early product development, funding, clinical trials and commercialization. 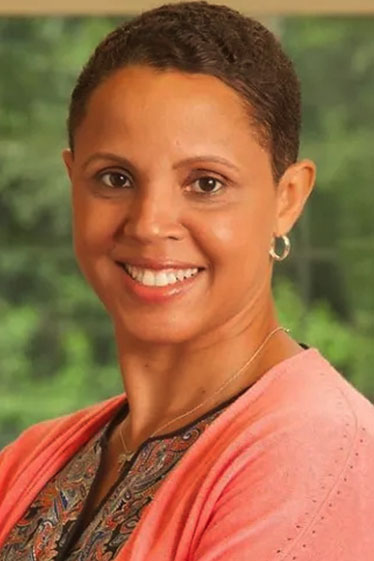 Elizabeth Garner, MD, MPH has over a decade of pharmaceutical development experience. She also has deep expertise in clinical trial design and execution. She has held roles of increasing strategic responsibility in large and small companies, including ObsEva SA, Merck, Abbott (AbbVie), Myriad Genetics, and Agile Therapeutics. In addition to Pharm-Olam, she is also on the Boards of the Drug Information Association (DIA) and the American Medical Women’s Association (AMWA), and she was a 2019 awardee of the PharmaVoice 100 most inspiring individuals in the life-sciences industry.

Dr. Garner is currently the Chief Scientific Officer at Ferring Pharmaceuticals, a biopharmaceutical company that focuses on the development of innovative products in the areas of reproductive medicine and maternal health, urology and gastroenterology. Dr. Garner received joint MD and MPH degrees from Harvard Medical School and the Harvard School of Public Health. She was trained in obstetrics and gynecology at Brigham and Women’s/Massachusetts General Hospitals and completed a fellowship in gynecologic oncology at Brigham and Women’s and Dana Farber Cancer Institute. 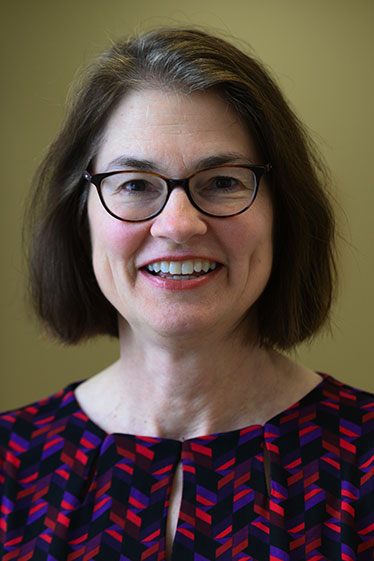 Her research interests include the progression and recurrence of ovarian cancer, which involves its genetic profile and the discovery of new biomarkers by mass spectrometry-based proteomics using a wide variety of biospecimens. Her research studies represent an approach toward understanding the molecular mechanisms modulating the phenotypic behavior of cancer cells with the ultimate goal of designing biomarkers and/or biopharmaceuticals for therapeutic use in cancer.

As a faculty member at the UM for the past 30 years, Dr. Skubitz’s research has been continually funded from a variety of sources. She has published over 125 manuscripts in the field of cancer. She has overseen and supervised many projects with collaborators at the UM, nationally, and internationally.

She established the UM’s Tissue Procurement Facility and served as the Director or Assistant Director for 15 years. She has been a member of the International Society for Biological and Environmental Repositories since 1999, and served on the Education and Training Committee for 6 years.

She has been a mentor to many faculty, postdoctoral fellows, graduate students, undergraduates, and technicians who have performed research projects in her laboratory. 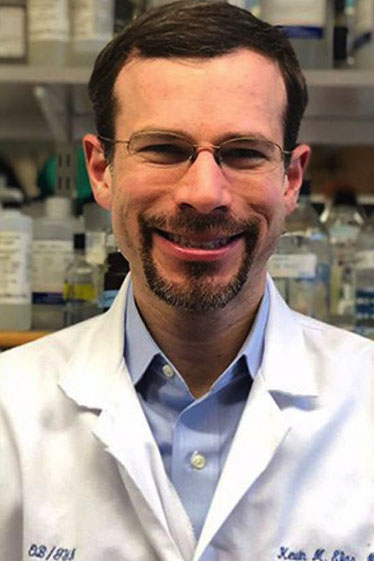 Dr. Kevin Elias is an experienced physician-scientist with a demonstrated history of success in translational medicine and advanced oncologic care. He has years of experience in Medical Education, Clinical Trials & Healthcare Leadership for gynecologic oncology and early cancer detection. Graduating from Harvard College and Vanderbilt University School of Medicine, he completed his residency in OB/GYN at Brigham and Women’s Hospital and fellowships is Gynecologic Oncology and Anesthesia Critical Care Medicine at Brigham and Women’s Hospital. Additionally, he conducted post-doctoral research at Dana-Farber Cancer Institute in molecular biology and MIT in cancer nanotechnology. He is currently an active practicing physician and Director of the Gynecologic Oncology Laboratory at Brigham and Women’s Hospital. 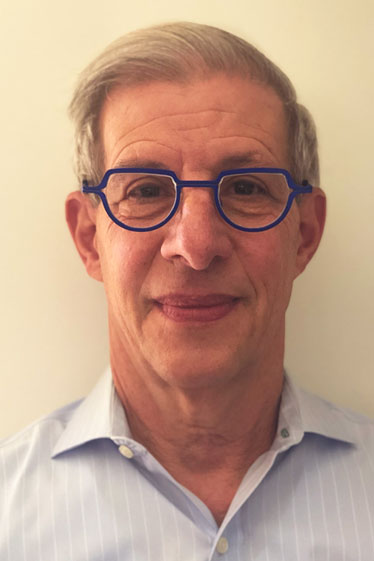 Dr. Kessler is Professor in the Department of Health Systems and Population Health, University of Washington, which he chaired from 2009 – 2015. He has over 40 years of experience in health services research, including positions at the National Institute of Mental Health, National Cancer Institute, and FDA. At NCI, he and his colleagues substantially changed the way in which cancer surveillance is performed, with the addition of the Cancer supplements to the National Health Interview Survey, the SEER-Medicare data system, and the Breast Cancer Screening Consortium and the Breast Cancer Surveillance Consortium. His research record includes focused work in cancer, cancer surveillance research, and regulatory aspects of medical products. He came to UW from U.S. FDA Center for Devices and Radiological Health. His recent collaborative research focuses on patient centered outcomes and comparative effectiveness research. He also serves as Deputy Chair of the MCED Consortium.